Do artists steal? Apparently so and that makes me feel so much better.

I just finished reading Steal Like an Artist by Austin Kleon and was inspired to rip people off.

Really, it’s a refreshing book that dismisses the belief that creative people are always coming up with new ideas and creating everything from nothing. This is the perfect topic in which to tell my sad tale of the annual art show in school.

In elementary school, we were required to enter the art fair contest every year.  I don’t remember much in the way of instruction or inspiration.  All I remember being told was to pull out the paper and make something to enter in the show.

The artwork we produced would be hung all around the cafeteria walls by grade.  Then, one morning you would come in and find that some mysterious committee had judged all the artwork during the night, having bestowed silver stars on those worthy of being entered in the art fair at the high school!

Year after year, I would frantically search to see if I had been chosen by the faceless committee and year after year I was disappointed. I couldn’t understand why my artwork was never chosen.

Fifth grade was the final year, after that entering the show was only for those children who took an art class and judging from my performance each year, I had no business pursuing artistic interests.  That year I did get a silver star.  I’m not sure whether it was a pity star or an accurate reflection of my original construction paper collage of a clown. I’ll never know.

We Are All Creative

For years I told myself that I’m not creative. Not artistic. Not talented. All because of cardboard silver stars.

As an adult, I did begin to realize that I do possess some creativity, we all do. You can learn to draw, or paint or write and you can improve, it isn’t something you’re gifted with or not. You can also do all these things for no reason other than your enjoyment.

This book took it one step farther for me.  I don’t have to create all of the ideas out of thin air.  This is a big reason Pinterest exists, to steal ideas.  Not in a malicious way, but to take an idea and make it your own. Then you can post your Pinterest “fail” and everyone gets a good laugh.

What a good artist understands is that nothing comes from nowhere.  All creative work builds on what came before. Nothing is completely original.

It’s right there in the Bible:”There is nothing new under the sun.” (Ecclesiastes 1:9)

Some people find this idea depressing, but it fills me with hope. As the French writer Andre Gide put it, “Everything that needs to be said has already been said. But, since no one was listening, everything must be said again.”

If we’re free from the burden of trying to be completely original, we can stop trying to make something out of nothing, and we can embrace influence instead of running away from it.

To live a creative life, we shouldn’t stand in a vacuum afraid to use inspiration and influence right in front of us. We must embrace the ideas worthy of study and transform them into a new creation.

Now that I think about it, this book and Big Magic may be the reason I started this blog. I’ve thought about it for years but was worried I had nothing new to say, it had already been said.  I’ve embraced that it may have been said, but not by me.

I’ll be giving this to my 14-year-old to read. It’s a great, brief life manual full of advice that will serve you well in any endeavors, creative or not. It’s common sense without the artistic angst and gives a down to earth view of creativity.

First, I must read it again. 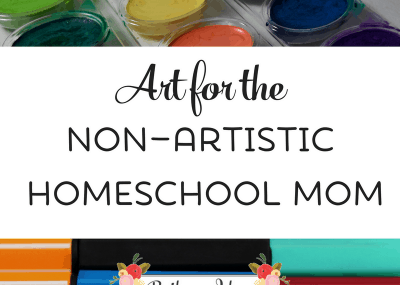 I’ve told this story once before, but since it’s been a constant plague on my… 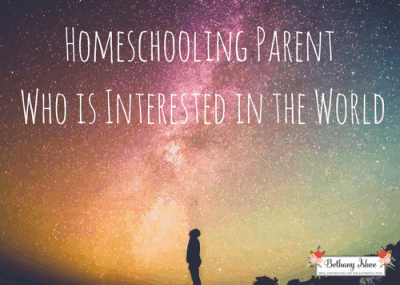 Be an Interesting Homeschooling Parent Who is Interested in the World

Did you know earthworms are hermaphrodites and possess both the male and female sex organs?… 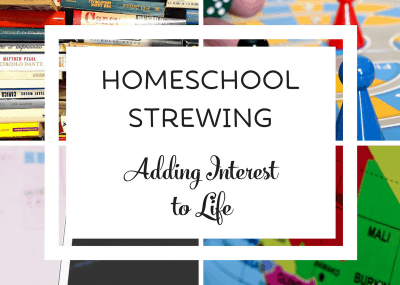 How to Use Homeschool Strewing to Make Life Interesting

If you only take one idea from unschoolers, this should be the one. Strewing was…

By Bethany Ishee | Filed under Inspired Adulting, Self Care
Spread the love

Bethany is the mom of six, always-homeschooled children, who one day realized she'd lost herself in the process, probably under a pile of laundry. Her eclectic style of homeschooling draws upon Classical to Unschooling and everything in between.  While homeschooling her children and writing about learning outside of school, she tries to find time to read a book, drink coffee, and pay the bills. View all posts by Bethany Ishee